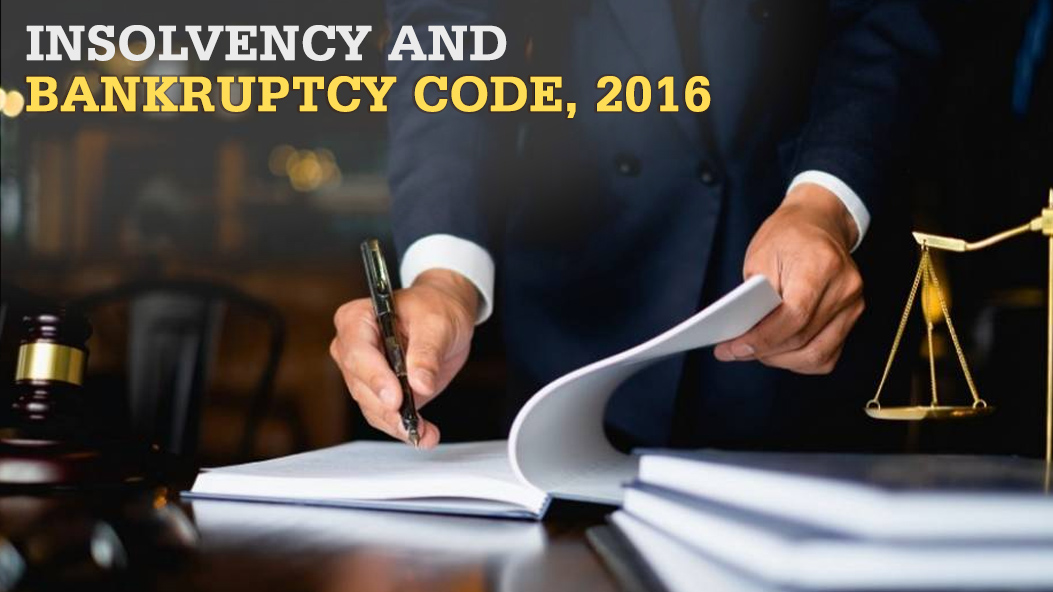 Proceeds from sale of the liquidation assets will be distributed in following order: 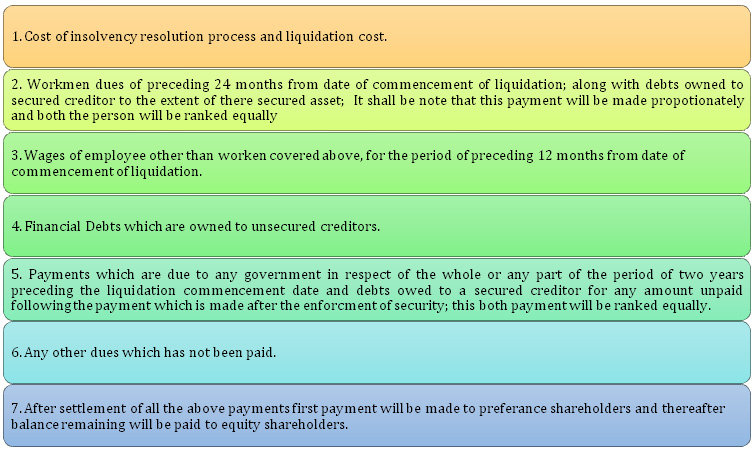 Whether there is any process which is relating to fast track insolvency resolution for corporate persons?

Yes, there is process which is known fast track insolvency resolution it can be applied If the company is,

II) Turnover as per last profit and loss account does not exceed Rs. 2,00,00,000/- or such higher amount as may be prescribed by it.

III) Further it shall not be holding company or subsidiary company of any company, it is not company which is registered under section 8 (Non-profit organization), Any company or body corporate which is governed by any Special Act (Electric Company, Banking Company, Insurance Company).

What is the time period within which fast track corporate in solvency resolution process shall be completed?

According to section 56 of the Code, the fast track corporate in solvency resolution process shall be completed within a period of ninety days from the insolvency commencement date.

Whether any extension of period is possible?

Yes, extension of period is possible if Adjudicating Authority to extend the period of the fast track corporate insolvency resolution process beyond ninety but it shall be backed by resolution passed at a meeting of the committee of creditors and supported by a vote of seventy-five per cent of the voting share.

It shall also be noted that extension will only be granted for once, and it shall not be exceeding 45 days.

Whether companies can apply for voluntary liquidation?

Yes, any corporate debtor who intends to liquidate itself voluntarily can do so, provided he has not defaulted in any manner. However, it is necessary that following conditions shall be satisfied.

Following procedure will be required to be fulfilled;

i) They have made a full inquiry into the affairs of the company and they have formed an opinion that either the company has no debt or that it will be able to pay its debts in full from the proceeds of assets to be sold in the voluntary liquidation; and
II) Company is not being liquidated to defraud any person.

The above declaration shall be accompanied with following documents;

With the above declaration company will be required to furnish special resolution of members of company in a general meeting requiring company to liquidate voluntarily and to appoint insolvency professional to act as liquidator, special resolution shall be submitted within four weeks from date of declaration.

If company owes debt than in that case resolution which is approved by creditors representing two-thirds in value of the debt of the company is required to be obtained.