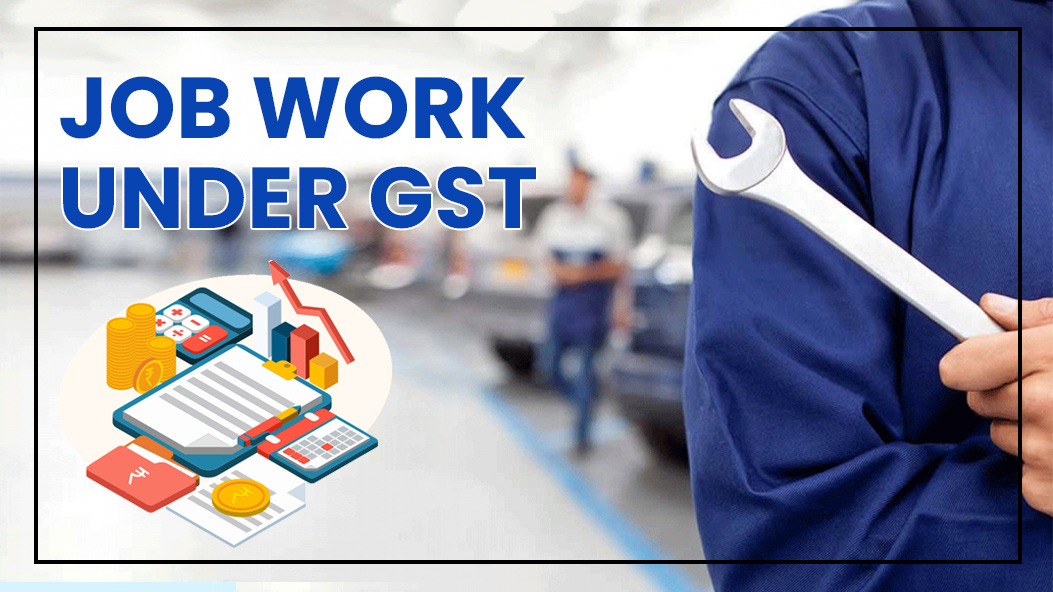 Definition of Job-Work:  As per section 2(68) of CGST Act, 2017; Job work means any treatment or process under taken by a person on goods belonging to another registered person. The words used here clearly states that it will be treated as Job work only in case were Principle (Person giving goods on Job-work) is registered person. It has been state in Schedule II of CGST Act, 2017; that any process or treatment carried on goods belonging to another person will be treated as supply of service. Therefore, Job-Work will be treated as ‘Supply of Service’.

Valuation of goods given on Job-work basis: Any goods transferred to Job-worker will be given under form ITC-04; Principle will issue delivery challan in this regard but now the question which arises what will be the value that will be stated in bill of supply. As per section 15 of CGST Act, 2017 value will be the transaction value provided it is sole consideration and parties are not related parties in case if party to transaction are related party then in such case value will be determined as per CGST rule, 2017. In short there is no specific provision for valuation of goods supplied by Principle to Job-worker.

Registration process for principle and Job-worker: For principle it is mandatory to be registered if he wants that transaction entered by him is treated as Job-work because it is the prima facie condition. For Job worker there is no specific provision for registration, therefore if turnover of Job-worker exceeds the prescribe limit under section 22 of CGST Act, 2017; he will be required to register himself. There is also exception to this general rule that if such person is engaged in inter-state supply then he will be required to register mandatorily except he provides service in relation to article, goods such as Jewellery, goldsmiths and silversmiths wares.

Illustration : Mr. R is a Job-worker his principle is registered whether he is mandatorily required to register himself?

In that case it is not mandatory to Mr. R to get registered unless he is required by virtue of section 22 of CGST Act, 2017; (i.e. after exceeding specified monetary limits, Rs. 20 lakhs in normal states and Rs. 10 lakhs in case of special category states.)

Illustration : Mr. J is registered under GST; he has supplied goods to Mr. D on Job-work basis. The value of goods supplied is Rs. 30,00,000/-. Mr. J is of the opinion that such will not be treated as supply? Determine whether Mr. J is correct in his opinion?

In the given case opinion expressed by Mr. J is incorrect as supply includes all form of supply i.e. whether by sale, transfer, barter, lease, exchange by whatever name called. Such goods are to be supplied under delivery challan.

Illustration: Mr. S has is registered under GST. He has order goods and as principal ordered directly to supply such goods to job worker’s premises, whether it will be included in the aggregate turnover of the job worker?

Illustration: Mr. C has supplied goods outside India for the purpose of Job-work. Whether he is required to provide such details under ITC-04?

There is no exception to the rule and therefore Mr. C will be required to disclose such in ITC-04.

Time Limit allowed when goods are sent to Job-worker:

It shall be noted that in case goods are directly sent to Job-worker premise at the time of initial purchase then in that case time period to bring back goods will be started from date when goods are received by the Job-worker.

It shall also be noted that if the inputs or capital goods are not returned within time limit specified, the principal is liable to pay tax along with interest @18% from the date when goods were sent out for job work. Or in case goods are directly sent to Job-worker premise at the time of initial purchase from date when goods are received by the Job-worker.

This may also create practical difficulty for Job-worker as he has will not be able to take credit of the same. It is advisable that in case if there is delay then principle shall apply to commissioner for extension of time limit.

There may be waste/scrap which is generated at the end of Job-worker in that case GST liability on supply of such waste/scrap will be on Job-worker if he is registered person otherwise principle will be liable to pay tax.

From the above points it has been summarized that what will be Value of Supply, What will be time available with principle and related Input tax credit provision, and other miscellaneous issues are covered.