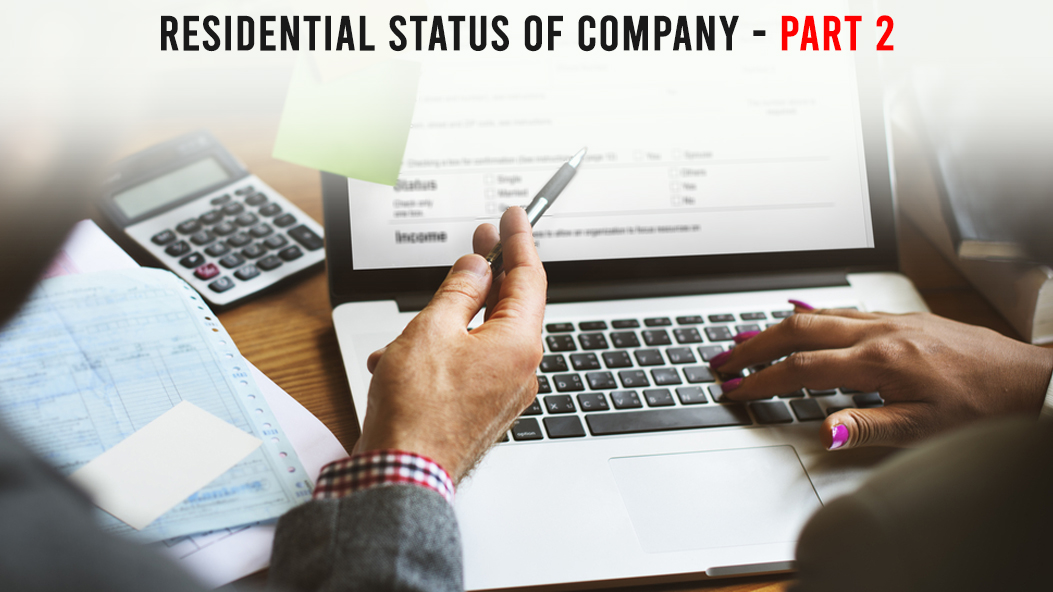 Residential status of a Company – (Part 2)

If less than 50% of total number of employees are situated in India or resident in India.

Illustrations: AB Ltd has total 39 employees on roll, as it has business operation spread over India; it’s 26 employees are been deployed in different country. However out of said 26 employees 3 of them are resident in India.

Whether AB Ltd. if fulfilling the required condition?

The fourth condition is that is required to be fulfilled is payroll expense of above employees (i.e., either situated in India or which are resident in India) is less than 50% of its total payroll expenditure.

For determination of Active Business outside India it is important that assessee fulfils all the conditions cumulatively. Forth condition which has been specified for determination of place of business outside India is less than 50% of its payroll expenditure is incurred on employees which are resident in India or which are been deployed in India for working. In the given case total expenditure is Rs. 2 Crores and out of which only 90 Lahks has been incurred on employees which are either deployed in India or which are resident in India as the said expenditure is less than 50% of total payroll expenditure; It will be treated as if assessee has fulfilled the fourth condition.

Most Important point that any entity shall note is that all the conditions are cumulative, i.e., even if one condition is breached assessee will fail to establish that it has Active Business outside India.

In case all the four conditions are satisfied and if majority of the board meeting are held outside India; then it will be considered that assessee has Place of effective management outside India.

But in said case also there is exception to general rule, that if Board is not exercising its powers of management and such powers are being exercised by either the holding company or any other person, resident in India, then again Place of effective management will be considered to be in India.

Whether location of head office is considered for determination place of effective management?

If senior management of entity is located in single location and the said place is shown to public as company’s principal place of business than in said case that place will be treated as head office of entity.

If in case where management is decentralised or where it is located in scattered manner than in such case; the place where they meet when formulating or deciding key strategies and policies for the company as a whole or place where they are primarily based will be treated as head office of entity.