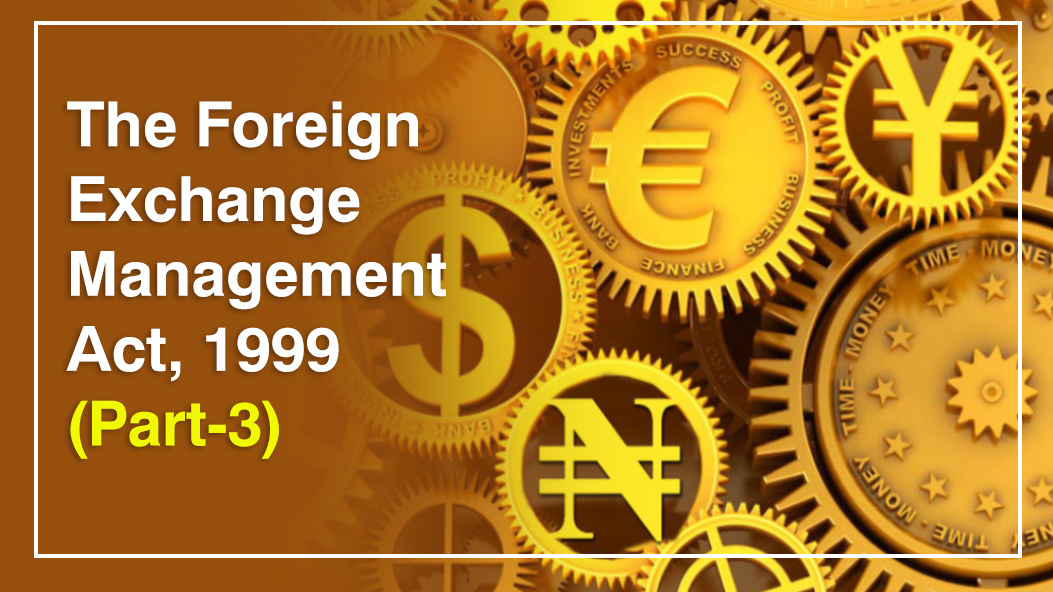 Introduction: It is important to know that how entity is required to comply with the law, in case where entity is undertaking foreign currency transactions. Our professionals through issuing article in different part, will try to cover the entire provisions relating to this law.

Dealing in Foreign Exchange:
It has been specified under Foreign Exchange and Management Act; that person will be restricted from entering or dealing in following foreign currency transactions;

This refers that no person shall enter into any transaction unless which is allowed under the provision of act or which is specifically permitted by the law. The above entire provision is drafted in manner that it will regulate entire transactions relating to foreign currency exchange.

2. Mr. R recently came from London; he along with himself brough $1,000/-. He contracted with his friend to sell such dollars as he his friend was required to pay such dollars to his foreign agent. Whether such transactions are permissible?
It has been specified under above law that Not to deal in foreign exchange or foreign security with person who is not authorised dealer. Here transaction is directly entered between two persons, none of them being foreign dealers; and therefore, such will not be allowed and will be treated as contravention to law.

3. Mr. Deva who is situated in South Africa has taken a fire insurance policy for his warehouse situated in his hometown. The insurance has been taken from small insurance company situated in Bangalore. The amount payable for such policy is Rs. 20,000/-. One of his brothers who is also situated in Bangalore pays such amount on behalf of Mr. Deva. Whether such transaction will be permissible?
According to the provisions it has been clearly specified that person will not be allowed to make payment to any person who is resident outside India ormake payment on behalf of any person who is resident outside India otherwise than through authorised dealer. In this case direct payment by the brother of Mr. Deva is not permissible and such transaction will be treated as contravention to provision.