Whether Director of a Company can be Removed 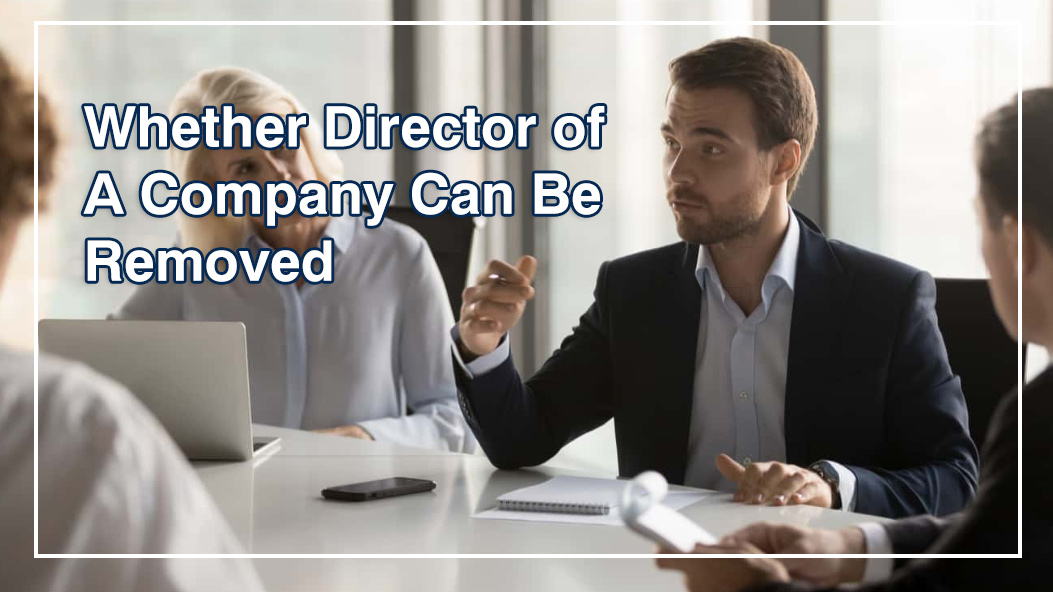 Whether Director of a Company can be Removed?

Introduction : It is necessary to know that whether a director can be removed from organization, if yes whether shareholder has such power or the authority lies with company only? What will be the process for removal of director? In this article we will cover entire provisions relating to removal of directors.

Who can remove director of company?
Directors of company can be removed by shareholders of the company and in case of special circumstances it may happen that, they are removed by tribunal by passing order for their removal.

How shareholders can remove the director?
Shareholders will be required to pass ordinary resolution for removing director; if removal is for Independent director who was re-appointed than in such case special resolution will be required for their removal. It shall be noted that if director was appointed by Tribunal or it is appointed by virtue of principle of proportional representationthen such directors cannot be removed.

What if amongst the remaining three one was Independent Director and he was recently re-appointed?
In such case, shareholders can remove such director by passing special resolution. For the remaining two directors, if shareholders want to remove them than in that case, they will be required to pass ordinary resolution.

Whether there is any special formality required to be completed by shareholders for proposing removal of director?
It has been stated that a special notice will be required for proposing removal of director; such special notice is required to be signed by
i) Members holding not less than 1% of total votingpower; or
ii)Members holding shares on which at least Rs. 5,00,000 has been paid in theaggregate.

Time limit to send such notice shall be keep in mind; it shall be sent to all the members at least 14 days before the meeting at which the resolution is desired to be moved.